PBX stands for “Private Branch Exchange”, which is what is referred to as a “Phone Switch”, which “switches” phone calls (inbound and outbound) to user’s extension from external SIP sources. SIP is “Serial Inline Protocol” and is the network protocol that is used to facilitate most PBX calls. In order to effectively use the PBX, you will need to purchase SIP service from a provider.

Setting up a PBX will save you money on monthly phone bills, as SIP providers do not usually charge you monthly other than the purchase of a DID (Phone Number), all service is “use as you go”. The possibilities of PBX integration with your existing systems is never ending.

Let’s start by installing FreePBX by downloading is at this link:  FreePBX Download

Spin up the ISO in a VM or physical server and go through the setup wizard.  There are not many options here, and most setting will need to be adjusted after the distro has been installed.  The only option during the install, other than setting up passwords for user accounts, is the choice of Asterisk version: 13,14, or 15, at the beginning of the install.

Asterisk 15 – Major improvements to how calls are handled in the PBX and added some new features to WebRTC.

I chose FreePBX 14 with Asterisk 15 for this install on a VM in ProxMox.  You can choose any option that suits your needs, this how-to will cover all versions of Asterisk in this distro.

Make a VM in your Virtual Environment that will suit your needs:

Fire up the VM and install FreePBX through the console: 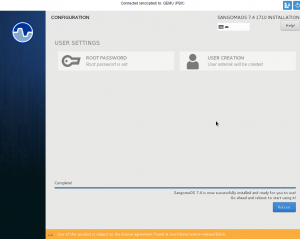 Log into the Console of your VM after reboot and find the IP of your PBX GUI, it will be displayed after you log in. 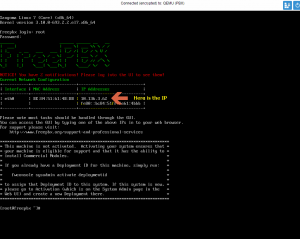 Go to http://<the IP in the console> and go through the initial setup wizard: 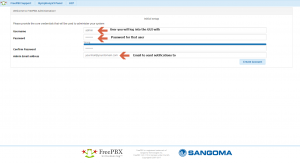 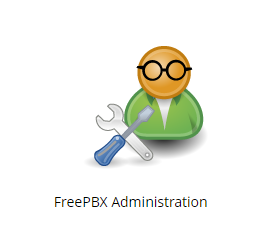 Log in with the user you created in Step 4. 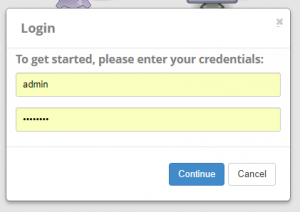 Select Chan_Sip Info at the right and see if your trunk has Registered with the SIP provider: 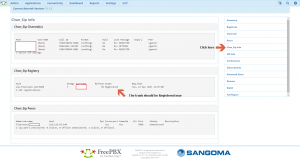 Activate the system by clicking Activate at the next screen:

Enter your email address, if you already have a Sangoma account, it will automatically pick up on this and give you options to re-activate an existing install:

Either choose New Activation if this is your first FreePBX build, or Existing Deployment if you want to use a previous build. 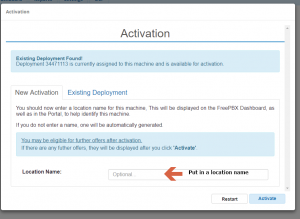 Select the default locals of the PBX (change as needed, defaults were fine for me). 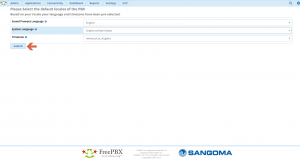 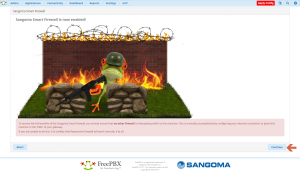 Change The IP To A Static IP

Let's change the DHCP IP address we are using to a Static IP.  This will save a lot of grief down the road.

Go to Admin / System Admin and click Network Settings on the right. 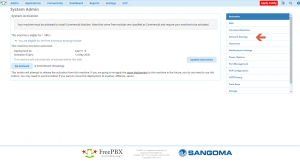 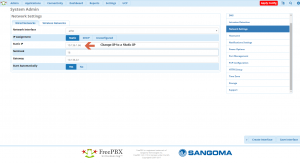 Now the page will seem to be not responsive, that’s because we just change the IP of the PBX.

Go to http://<new IP> in your browser to get back to the FreePBX Administration page.

Go to Admin / System Admin and click DNS at the right: 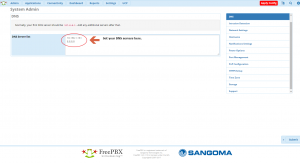 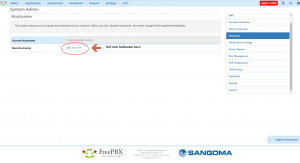 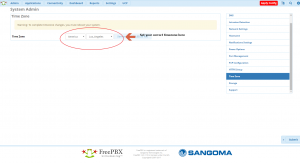 Now click Apply Config at the top right of the screen.

Let's update the system software before we make any further configuration changes.

Type in the "yum -y update" and press enter:

When the updates are completed, type "reboot" on the console are hit enter. 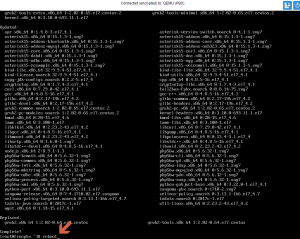 OK, we are now set to configure networking.  We’ll tackle that in the next post.